OLYMPICS OF THE BALTIC 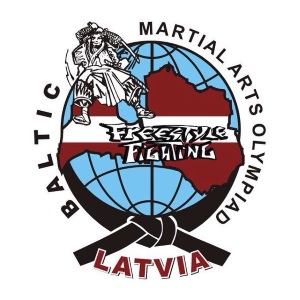 March 25-26, 2017 The National Team of the Karate School "SATO" took part in the 6th European Karate Championship, which was held in Riga, the Republic of Latvia.

The championship gathered under its wing athletes from Russia, Ukraine, Belarus, Lithuania, Latvia, Estonia, Algeria, Italy, Japan and other countries.

Karate School "SATO" for this Championship sent the National Team consisting of:

At the Championship were presented such martial arts as: karate (shobu-kumite and point-kumite-contact); Hapkido; kickboxing; Kobudo; freestyle; kosiki karate and others.

Our athletes took part in the sections shobu-kumite, point-kumite-contact and kata.

In total, our team won 11 medals of different denominations.

Dmitry Kuznetsov -1 place in Kata and 2 place in point-kumite-contact.

Roman Martynov - 1 place in the Kata.

Also worthy were Artem Verbitsky and Timofey Strelkov, but, unfortunately, lost in the final duels and took the 4th place.

This trip to Riga was doubly successful for our children. They were fortunate enough to pass two seminars on martial arts from foreign masters.

Maestro Alfredo D `Olympio noted the high training of our athletes. Sparring partner of his during the seminar was our athlete Alexander Dorogin.

In general, our National Team performed well in this Championship, slightly "silvering Europe".

Directorate Karate School "SATO" expresses its gratitude to the organizers of the Olympic Games in Riga and hope for the duration of our friendship and the participation of our National Teams in the World Championships held in the Baltic States.

Also the guys strolled through the streets of old Riga, having received a lot of impressions.

Now our athletes will have to intensively prepare for the upcoming tournaments and seminars.

Good luck to you and a soft mat!